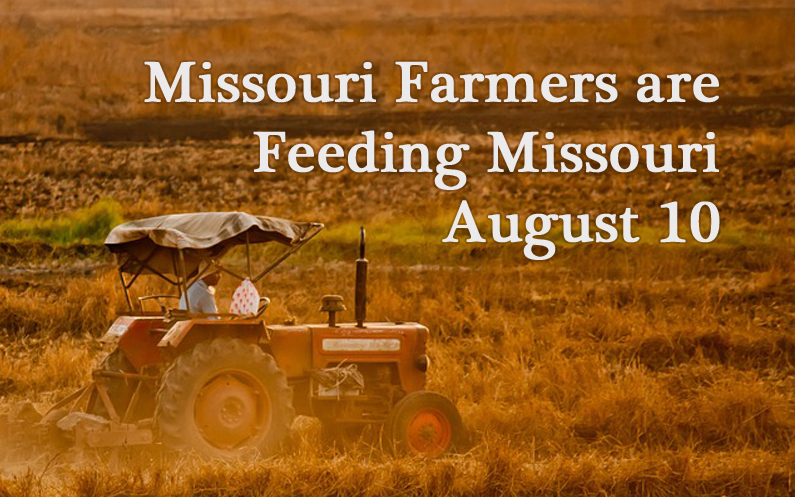 Whenever I’m given the opportunity to speak to people about hunger in Missouri, I always try to make two points very clear:

That second point is important and usually requires some explanation. Missouri is such a productive agricultural state. It’s our number one industry! Our farmers are so effective at feeding the world; it only stands to reason that we should be able to make sure our own neighbors have enough to eat.

During my time with Feeding Missouri, it has been a top priority of mine to help connect the dots between Missouri farmers and Missourians in need. Rural folks are some of the most generous, caring people you’re ever going to meet. They don’t want to see anyone go without. They are quick to chip in and help out a neighbor. That’s why we have tried to find mutually-beneficial ways to incorporate groups representing Missouri agriculture into the ongoing fight against hunger in our state.

What makes this even more important is that so much of the food insecurity problem we see in Missouri is in rural parts of the state. Hunger is as big of a problem in small-town Missouri as it is in the larger cities. Access to affordable food, the economy, and stigma are some things that factor into the challenges facing rural Missouri.

It is for all of these reasons and more that we’re so excited about August 10.

That day is shaping up to be a significant culmination of our efforts to team up with Missouri Ag. On that day, there will be two large events in separate parts of the state that will involve many of the groups representing Missouri farmers.

In St. Louis, I will have the pleasure of attending the St. Louis Cardinals vs. the Kansas City Royals game, where Feeding Missouri will be presented a check from Missouri Farm Bureau Insurance. This is the second year of our fantastic partnership with them. They donate $100 for every save the Cardinals achieve. In addition, they hosted a statewide food drive in April and give some of the proceeds from Cardinals Caravan events in January to Feeding Missouri.

At the same time in Sedalia at the State Fair, the Drive to Feed Kids will be happening with a full day of activity all centered around the message of childhood hunger in Missouri and the responsible way in which Missouri farmers are helping feed the world. A film premiere of “Where the Fast Lane Ends” and a concert by Sawyer Brown will be held, with proceeds coming to Feeding Missouri for childhood hunger relief. Missouri Farmers Care and their partners have stepped up in a big way to make this event happen.