A Ghost of an Idea 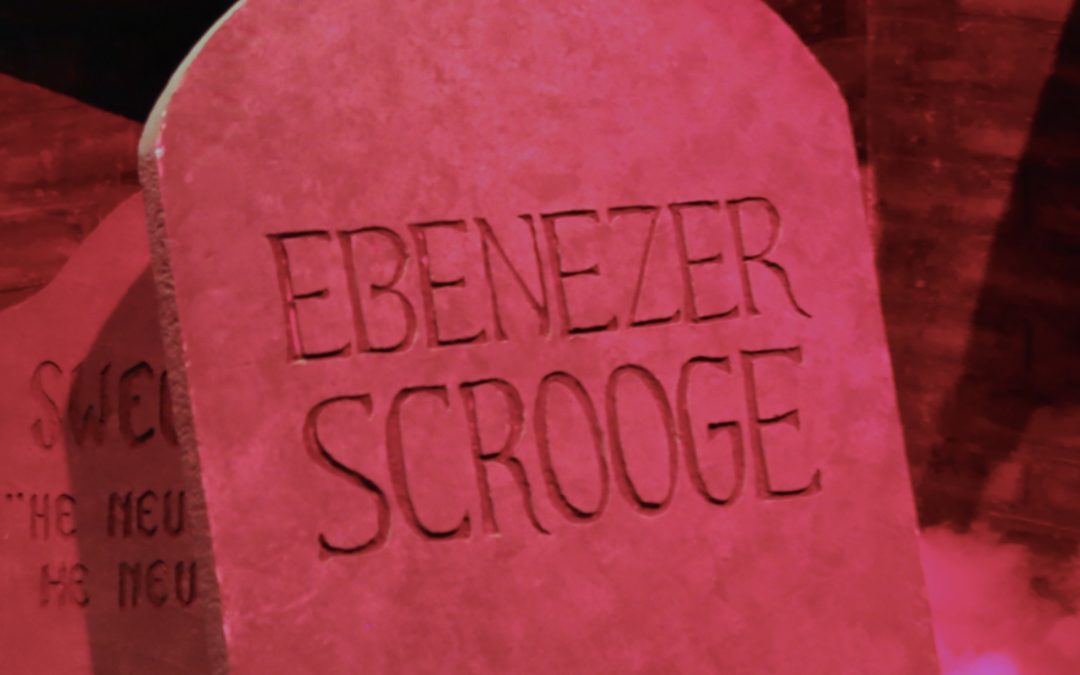 “I have endeavoured in this Ghostly little book, to raise the Ghost of an Idea, which shall not put my readers out of humour with themselves, with each other, with the season, or with me. May it haunt their houses pleasantly, and no one wish to lay it.”

-Preface to “A Christmas Carol” by Charles Dickens

I can’t recall a Christmas when I haven’t heard, read or seen a stage or film version of “A Christmas Carol.” Tiny Tim and Bob Cratchit are indelible icons of the Christmas season. Charles Dickens’ ghostly tale is so ingrained in our culture that Scrooge’s surname is actually in the dictionary as a noun used to describe a miserly person.

With this kind of pervasive influence, one would think the moral of the tale would be one that we all know and heed. I’m afraid this is simply not the case.

No, we have not become a society of cantankerous, stingy holiday-haters, but we have, for a large part, become a little too wrapped up in the “business” of living our own lives. Like Scrooge, many of us have lost the gift of broad vision, and we have honed in on the miniscule minutia that eats up the majority of our days.

When Marley’s ghost appears to Scrooge, Ebenezer asks about Marley’s chains. Marley explains the chains he wears are made of the very things he found so important in life: money, profit, interest and debt. Scrooge sees no wrong-doing in this, and he protests, “but you were always a good man of business!”

In Marley’s response, Dickens gives us a new perspective on what life’s business actually is. Marley counters, “Business!’ Mankind was my business; charity, mercy, forbearance, and benevolence, were, all, my business. The deals of my trade were but a drop of water in the comprehensive ocean of my business!”

People today have become masters of living in the present. We are exceptionally skilled at blocking out tedious distractions such as remembering the goals of the past and striving for a better future. It would take a miracle or perhaps a trio of spirits to knock our daily to-do lists and smart phones out of our hands and force us take a look at the big picture of a lifetime.

But even while living in the present, we still tend to occupy only our privacy-fenced portion of it. One of the most striking scenes in “A Christmas Carol” occurs just before the departure of the Ghost of Christmas Present. The spirit reveals two wretched children beneath his robe. One is ignorance and one is want, and these allegorical children belong to all mankind. Ignorance wears the word “Doom” upon his forehead, and the spirit warns that if this writing isn’t erased we shall all have to abide the end result.

So, how do we erase the doom of ignorance?

Perhaps the answer lies in whether we are actually ignorant (unaware) of the want and need in our midst or if we are willfully ignoring the needs of mankind. It may be that we have convinced ourselves that the poverty of others is none of our business.

What kind of barriers have you forged to help you remain ignorant of your neighbors in need? What will it take to knock them down?

Try this: imagine what people will say about you when your life is over. Would you rather people talk about how clean your house was or how much money netted? Or would you rather have people remember your compassionate service to others and the life-changing contributions you made?

Let this ghost of an idea haunt you in your days to come, and allow it to lead you to much success in your business hereafter.