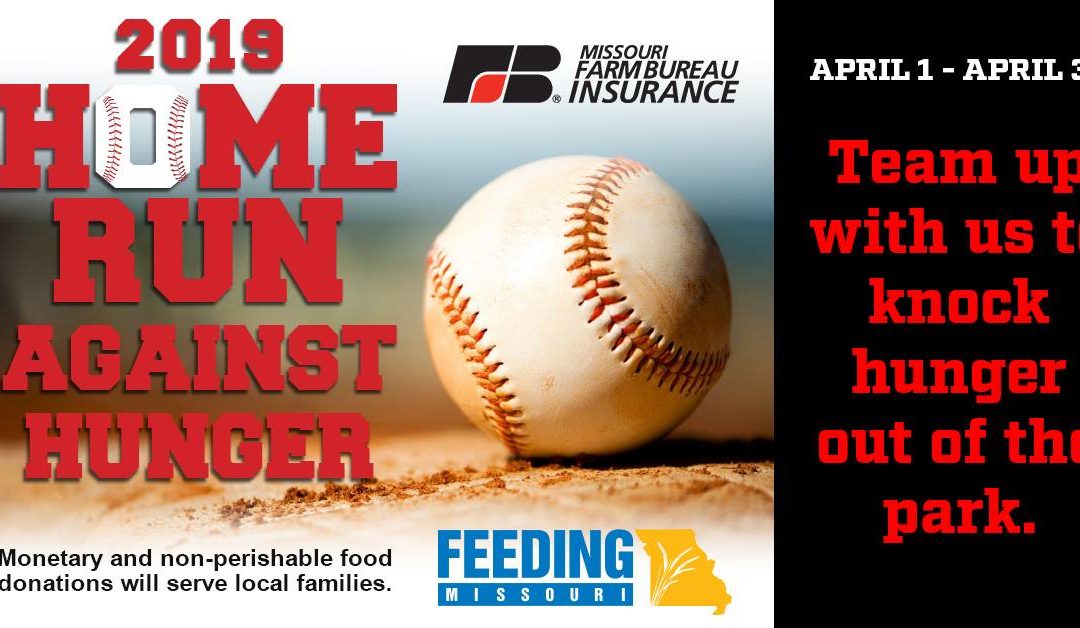 Jefferson City, MO — With 896,570 Missourians labeled as “food insecure” according to the Map the Meal Gap 2016 study, Missouri Farm Bureau Insurance recognizes the need to obtain and distribute food to hungry families across the state. For the fourth consecutive year, insurance agents are accepting donations from April 1, 2019 to April 30, 2019 at their local offices to be distributed to Feeding Missouri agencies in their communities. There are more than 1,500 Feeding Missouri agencies throughout the state.

While most non-perishable donations are appreciated, some food items allow local pantries to better meet the needs of the communities they serve. These items include: canned tuna or chicken boxed or bagged pasta, canned soup or chili, boxed crackers, peanut butter and instant mashed potatoes. Monetary donations are encouraged as well. All checks collected stay in the region. According to the Map the Meal Gap 2016 study, 241,830 Missouri children are experiencing food insecurity.

In the final days of April, each Missouri Farm Bureau Insurance office will take the donations to a local pantry to be weighed. A statewide grand total of donations in pounds will be announced along with the total monetary donations. In 2018, the Home Run Against Hunger campaign garnered nearly 16 tons of food and $6000.

Community members can get involved by dropping off non-perishable food donations or checks between April 1, 2019 and April 30, 2019 at any Missouri Farm Bureau Insurance office location.